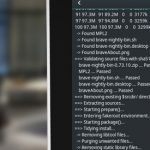 Keeping your operating system fresh and safe is a priority in PC administration. Distributions often differ in the concept of receiving updates: someone releases global patches through the software package once a year, and someone makes minor improvements every two to three weeks without having to reinstall the OS. This article talks about the update commands for Ubuntu/Debian and Arch-based distributions in the terminal and using the GUI.

In fact, this piece of information is suitable for all Debian based systems. By default, apt is the package manager in Ubuntu. It has a console and graphical version. Also sometimes aptitude is used to install and uninstall software due to relative convenience and better (as practice has shown) satisfaction of software dependencies.

The update procedure is always performed on behalf of the superuser. It starts by checking for any patches:

Then run the command:

It performs safe software updates without touching the kernel and other most important system components. Also, this command does not remove packages that have lost their significance and are no longer needed due to the lack of necessary dependencies.

There is another command:

It updates programs, the kernel and all OS security components, and also removes unnecessary programs.

When the -y option is added, downloaded packages will not be saved in the temporary directory.

Updating software installed manually via dpkg can be performed as follows:

where APP.deb is the new version of the application.

Ubuntu has Software Updater for this. In the search box, enter this name and run the utility.

If they are available, you will be prompted to install them using the “Install Now” button. Also, ask to be reminded to update later with the corresponding button.

In Arch-based systems, such as Manjaro and ArcoLinux, the pamac console program is responsible for package management. It installs software from standard repositories.

Pamac also has a GUI for more convenient and faster software management. The most popular are Pacman and Octopi. By default, they are preinstalled depending on the graphical shell used (for example, in Xfce — Pacman, in KDE — Octopi), but they work without problems together on the same system.

To update programs installed from AUR, another utility is used. In general, there are a lot of them, but the most safe and convenient is pacaur.

In pacman, as in apt, this procedure starts with updating the list of repositories, which will tell you if there is anything to update. Unlike apt, pacman can combine this with consent to install updates. To do this, use the command:

Thus, all the latest available patches for programs and the entire system will be found and downloaded. However, the line is considered a safer operation:

There was a case when a new update to the Nvidia video driver came in the Antergos distribution. And updating through the -Syu options crashed its work. It turned out that one of the components included in the patch has not yet been updated (this happens in general as a separate process and is done by an individual person), so it was unsafe to do so. Update through -Syyu left a more stable version of the driver and all the necessary components and did not allow to break the system.

Updating programs from AUR happens the same way through pacaur. Moreover, it also updates software from standard repositories. A small nuance is that you need to run pacaur on behalf of a regular user (not root). Then it will, if necessary, request a password.

An excellent graphics solution for pacman is Pamac. It is quite convenient to carry out all program operations in it, including with software from AUR.

To get started, launch Pamac. 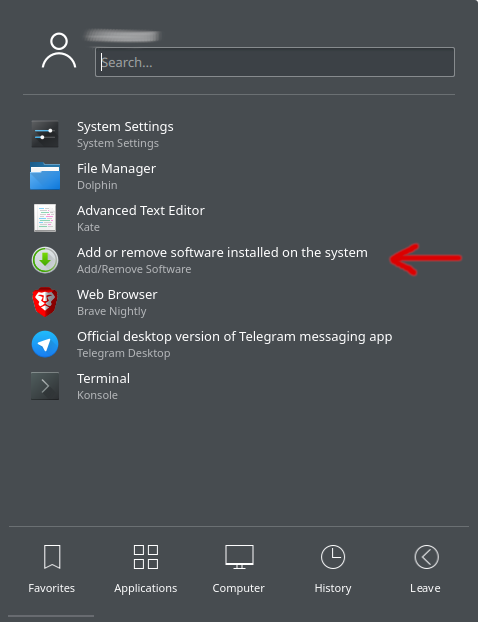 Then go to the “Updates” tab at the top. Updates will be checked, and then a list of packages for which there are patches will be displayed. Select all the necessary programs using the corresponding “Update” button on the right (a check mark is a confirmation) and click Apply at the bottom. 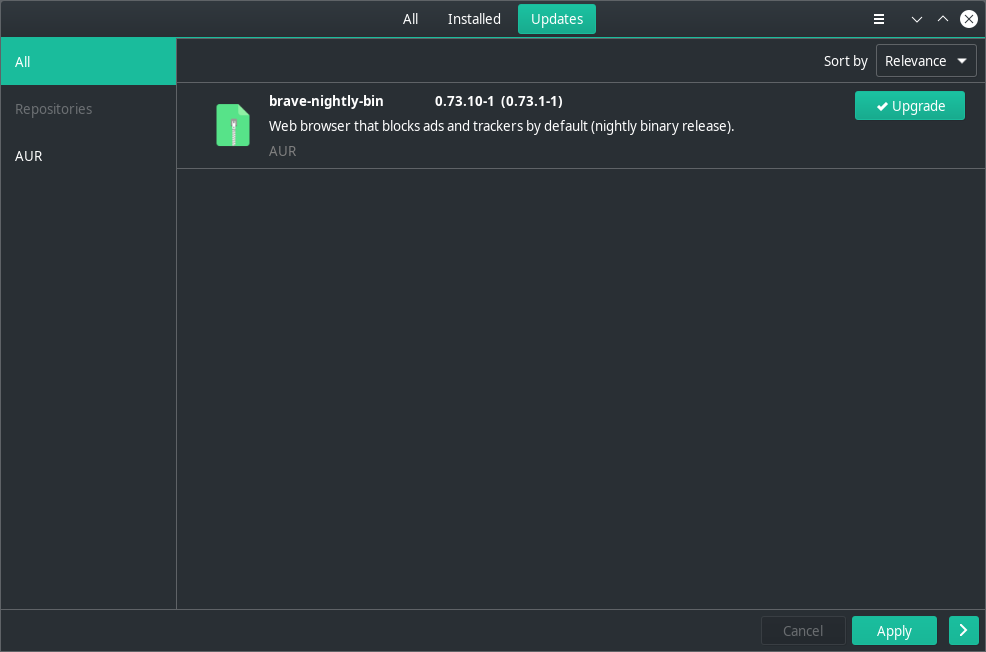 Confirm the transaction, if necessary, in the next window with the “Apply” button.

You can see the details of the update if you click the button with the arrow to the right of “Apply”. 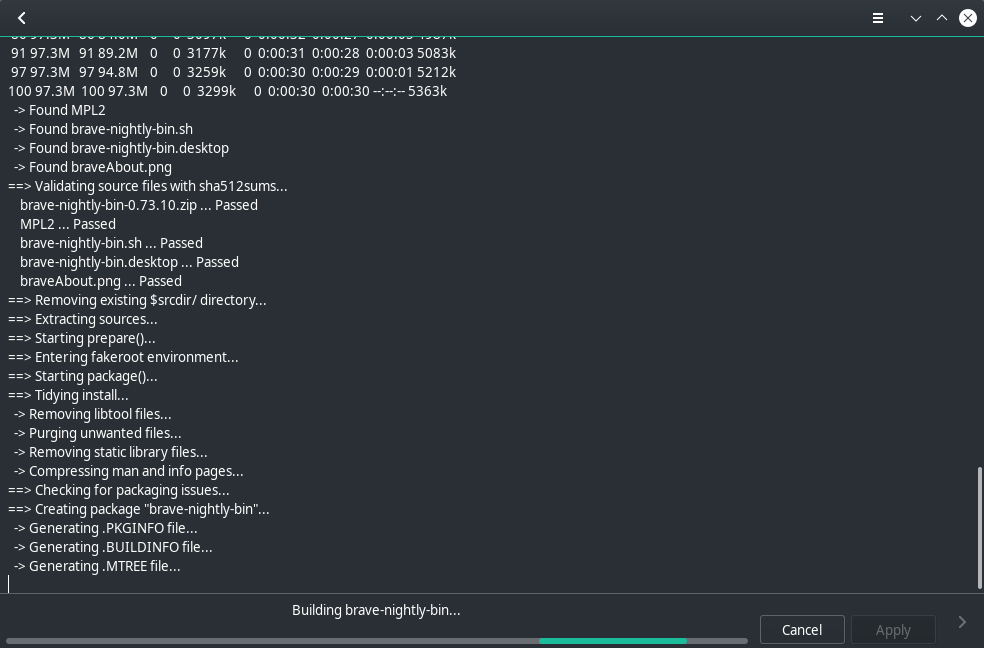 Now wait until the operation is completed.

It is worth noting that through the GUI, by default, updating is performed in a safe way without risking putting the system down.