The userPrincipalName and sAMAccountName attributes can be used to log a user into computers in the AD domain.

The samAccountName attribute was used in the pre-Windows 2000 environment and defined the user name to authorize on domain servers and workstations. However, in Windows 2000, the new attribute UserPrincipalName has appeared, which can also be used to log in to the AD workstations. So you can now authorize on a computer in the AD domain using both samAccountName or UserPrincipalName.

The samAccountName attribute has the following format <YOUR_NETBIOS_DOMAIN_NAME><USER_name>. For example, my theitbros.com domain uses the NetBIOS domain name THEITBROS. Thus, the b.jackson username in the samAccountName format should look like this: THEITBROSb.jackson.

Particulars of the samAccountName attribute:

The format of the UserPrincipalName attribute differs from samAccountName. For example, for our AD environment described above, the value of the attribute of the user b.jackson for our domain would look like b.jackson@theitbros.com.

Features of the UserPrincipalName attribute: 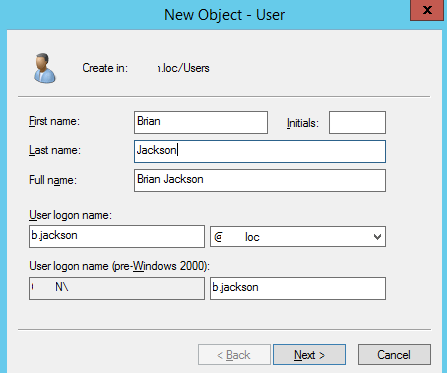 You can change the values of this field in the future using the ADUC console in the user properties in the Account tab. 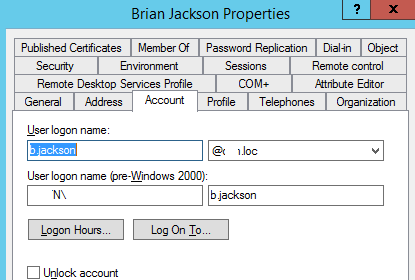 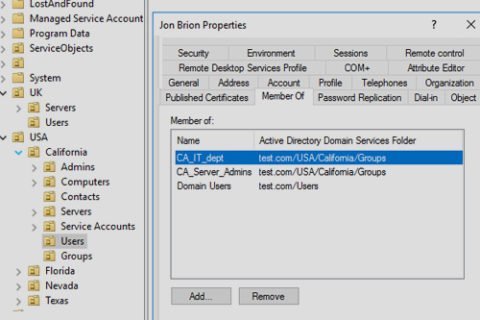 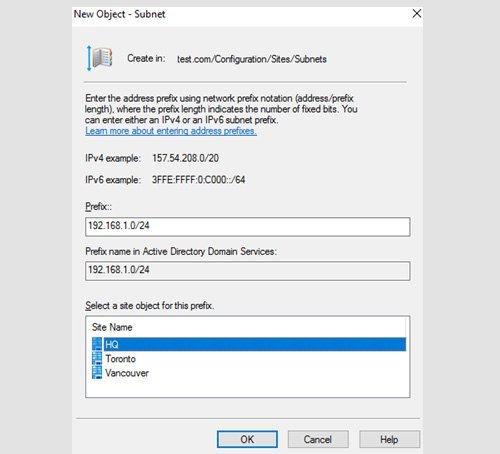 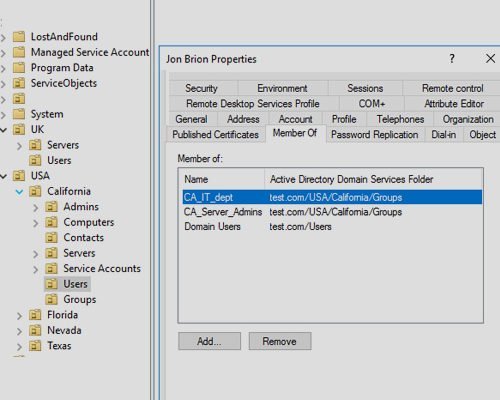