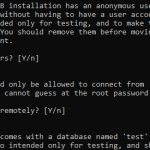 At one time, the MySQL DBMS switched on a commercial basis, unwittingly enabling the interested part of the community to create an offshoot based on the free source code. So the MariaDB project was created, which is carried out by enthusiasts from around the world. It has absolute similarity with MySQL, but includes many improvements. This article describes how to install MariaDB in Debian GNU/Linux.

Please note: if you are not working on behalf of the superuser, use the sudo command to perform the required operations in the terminal. Also, if you have an active MySQL DBMS, disable it before starting.

The main convenience of this DBMS is that in most GNU/Linux distributions it comes in standard repositories. And Debian is not an exception, as this software is great for server-side tasks.

The package manager will immediately determine what additional components are still needed for the minimum, but full-fledged operation of the DBMS, and will offer to download them as well.

To check its program status, input:

Don’t be confused by a query to mysql, not mariadb. It happened historically that in many places of the system mysql is used as an alias for mariadb. However, that’s why you should first disable the installed (if any) MySQL.

The complete list of commands for controlling the daemon can be viewed as follows:

The next step is to run the DBMS security configuration script. It performs:

To start it, input:

Next, answer the questions in the affirmative (just press Enter). First, after the first question, set the password for the root user of the database. The whole process will take several seconds. 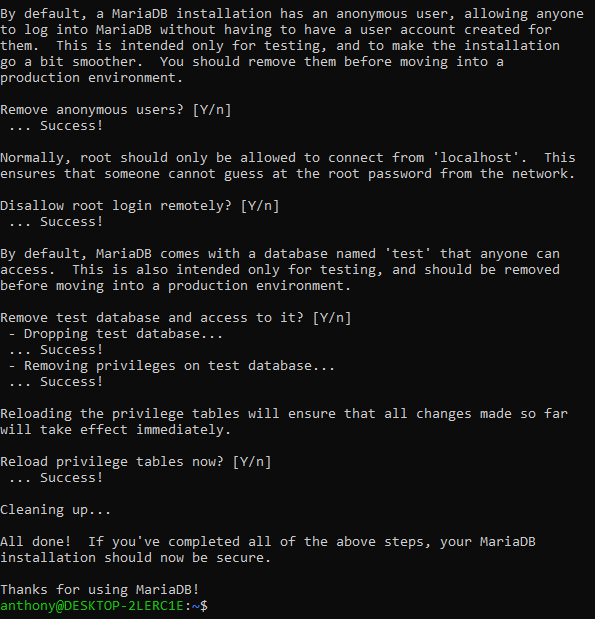 Now you can log in mariadb as root. If a login error occurs at this point

then write the commands:

You should also set the encoding UTF-8 as default. This will allow you to correctly display any text information from the database, regardless of language. To do this, open the file /etc/mysql/my.cnf in editor (for example, in nano):

and add the following text at the end:

Save the changes and close the editor. It remains to restart the daemon:

This completes the installation and configuration of MariaDB on Debian.