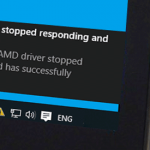 One of the problems that users of Windows 10, 8.1 and 7 may encounter is the Display driver stopped responding and has recovered error. The detailed text of the error may vary depending on the graphics card chip.

How to Fix Display Driver Stopped Responding and Has Recovered Error?

In this post we share several ways to fix the problem and make sure that you will not face Display driver stopped responding error messages in the future. 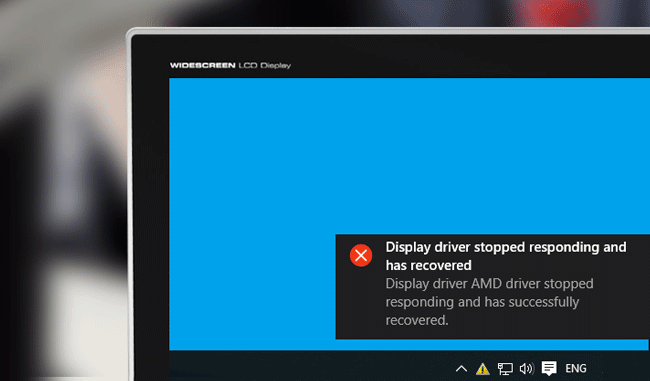 Most often, the problem is caused by an improper operation of the video card driver or by an incorrect driver, while taking into account:

In case you sure that the latest drivers installed and the problem has appeared recently, you can try to roll back the video card driver. To do this follow the steps:

After driver rollback, check to see if the problem persists.

In some cases, the problem may be caused by NVIDIA default video settings, which makes video card “hang” sometimes, that can cause error The video driver stopped responding and was successfully recovered. Changing the settings from “Optimal power consumption” or “Adaptive” can help. The procedure is as follows:

Another setting that can affect the occurrence of an error in the NVIDIA control panel and affects several parameters at once is Adjust image settings with preview in the 3D Settings section. Try to enable Custom settings with a focus on performance and check if this has affected the problem.

This method is offered on the official Microsoft website, although it is not entirely effective (as soon as it can remove the message about the problem, but the problem itself may persist). The essence of the method is to change the value of the registry parameter TdrDelay, which is responsible for waiting for the response from the video driver.

If you have overclocked the graphics card before, you might know that the problem under consideration can be caused by the overclocking. If you did not do this, then there is a possibility that your video card was factory overclocked, as a rule, OC (Overclocked) is present in the name of the device, but even without them the clock speeds of video cards are often higher than the base ones provided by the chip manufacturer.

Try to setup the standard for this graphics chip GPU and memory frequencies, for this you can use the following utilities: