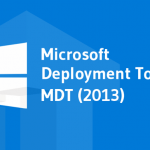 In this article we are going to show you how to capture Windows 10 image using Microsoft Deployment Toolkit 2013 (MDT 2013). Later you can use such image to deploy Windows 10 image on multiple computers in your organization.

By using a fully customized Windows 10 image for deployment on computers, you can achieve a quick installation of the operation system with a set of necessary applications on the users’ workstation.

We assume, that you are already familiar with article Deploy Windows 10 using MDT 2013 and WDS and have already installed MDT 2013 on Windows Server 2012 R2.

Before you begin to capture Windows 10 image, you should prepare already deployed Windows 10 PC by installing required drivers, apps, latest Windows security updates and performing necessary system configuration. This computer will be used to capture the Windows image.

Also, to successfully complete the sysprep&capture procedure in Windows 10, you need to remove some Modern App applications from HP and Canon, otherwise the sysprep will fail. This can be done with PowerShell commands:

You can also delete all Window Store Apps, except those that cannot be deleted and those used by your users. Use the following PowerShell code:

The first step is to create a new Task Sequence, which will control the image capturing process.

Important! Before continuing, check that MDT server configuration allows to capture OS image. To do this, open MDT Deployment Share properties and switch to the Rules tab. SkipCapture option must be set to NO.

Now you are ready to capture already installed Windows 10 image on a client computer. Power on PC and boot Windows 10 as usual. Verify that necessary applications, updates and language packs are installed on Windows, Time Zone is configured and check other Windows settings.

Tip. If you want to make changes to the local administrator’s profile before capturing the reference image, you need to use the MDT parameter – CopyProfile. These changes will be transferred to the WIM system image and applied to the user’s profile when you deploy a Windows 10 image on the target computer.

Later you can directly import this WIM file to the System Center Configuration Manager, Windows Deployment Services or MDT and use it to deploy Windows 10 to the workstations. Thus, you save a lot of time on installing drivers and applications on multiple systems.

Capture Image Window not Showing on the Deployment Wizard

In some cases, step 3 (Capture image) with the option to select the start of image capture does not appear on client computers. The Windows Deployment Wizard simply skips the step in which you must select the “Capture an image of this reference computer” option. Instead, the user is prompted to specify computer details. 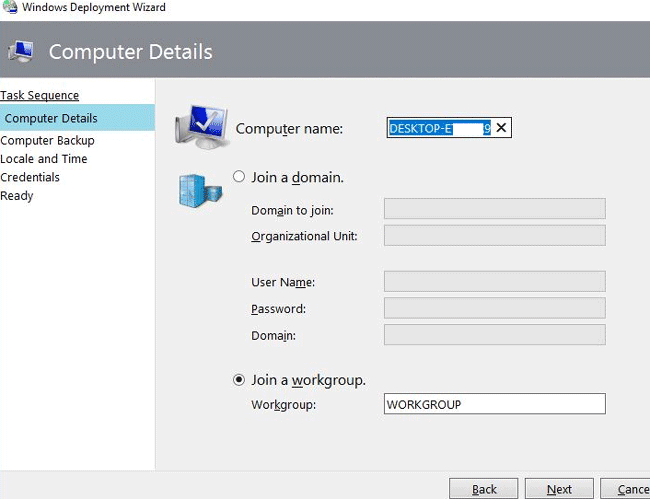 If this problem appeared after upgrading the MDT version, then most likely it is related to a bug that has been confirmed by Microsoft Premier support. The version of the script ZTIUtility.vbs contains an error. To fix it, you need to manually edit the ZTIUtility.vbs file, find the lines:

Open the customsettings.ini file and make sure that the option is selected:

In addition, there is information that the capture window doesn’t appear if the parameter is specified:

replace the line of code:

After that, run the Capture task sequence again on the client computer, and make sure that the Capture Screen now appears in the Deployment Wizard.

Posted By The IT Bros
Comments